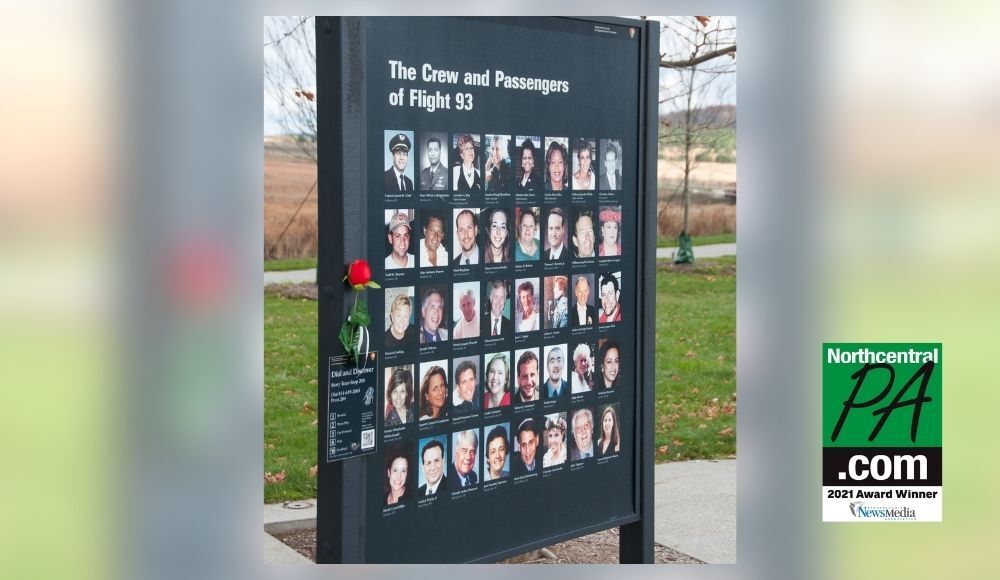 Photos of the 40 United Flight 93 crew and passengers of the at the Flight 93 National Memorial. 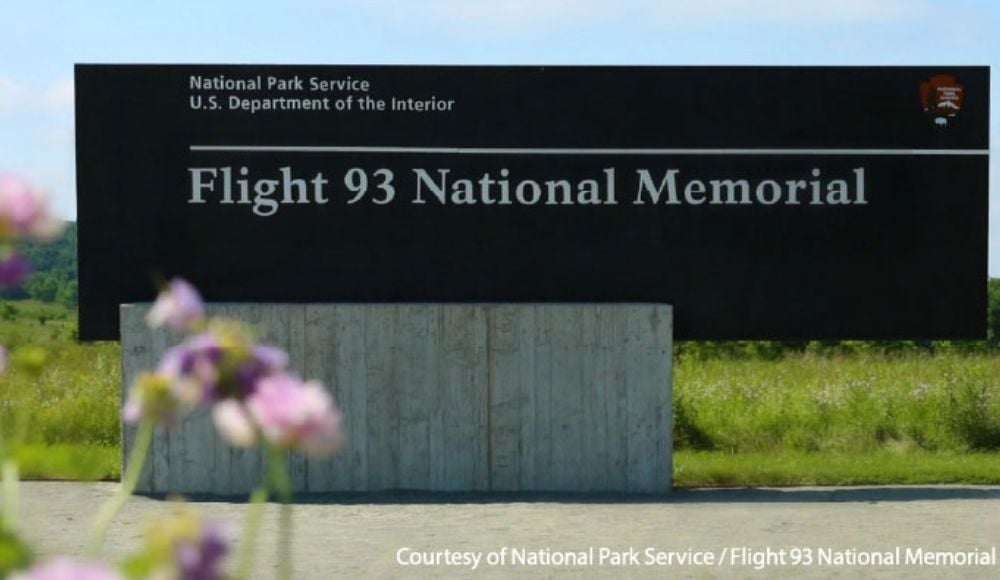 Somerset, Pa. -- The desire to tell the stories of selfless heroism and bravery of the Flight 93 passengers and crew members remains strong 20 years later.

Two central U.S. government leaders at the time of the 9/11 terror attacks have joined the effort to ensure stories are not lost to history, according to the Friends of Flight 93 National Memorial. Former Senate Majority Leader Tom Daschle and Tom Ridge, first U.S. Secretary of Homeland Security, have joined the call for nominations for the inaugural Flight 93 Heroes Award.

"We are honored to have the support of two outstanding Americans who played a critical role in the aftermath of 9/11," said Donna Gibson, president, Friends of Flight 93 National Memorial.

"Senator Daschle and Governor Ridge helped to unite all Americans in those difficult days," she continued. "Like us, they know the importance of making certain the story of Flight 93 is remembered forever. And so, we thank them for their personal support of the Flight 93 Heroes Award.

Governor Ridge has served as honorary co-chair of the fundraising effort that led to the construction of Flight 93 National Memorial, which was established in 2009.

On the morning of September 11, 2001, Senator Daschle was working in the U.S. Capitol in Washington, one of four targets of terrorists who took control of four airplanes.

Later that day, then-Pennsylvania Gov. Tom Ridge would arrive at the crash site of Flight 93, a witness to the extraordinary heroism of the passengers and crew members who refused to allow the terrorists to reach the nation's capital by fighting back to regain control of the cockpit.

Senator Daschle and Governor Ridge recounted that day in new 30-second videos that encourage nominations for the Flight 93 Heroes Award.

"On September 11th, 2001, I was among those working in the U.S. Capitol when terrorists hijacked four airplanes," Senator Daschle says in his video message. "One of them, United Flight 93, was heading for the Capitol. The truly heroic actions of 40 passengers and crew members on board that plane saved countless lives. If you know a hometown hero who embodies that same selfless spirit, nominate them today for the Flight 93 Heroes Award."

Inspired by the approaching 20th anniversary of the 9/11 terror attacks, and in memory of the heroism displayed by the passengers and crew members of Flight 93 in the skies over Shanksville, Pa., this national award will be presented each year to individuals who have demonstrated remarkable acts of selfless courage in their community, anywhere in the United States.

The award will be announced around September 11.

The award is important, said Gibson, because more than 75 million people have been born since September 11, 2001 and have no memory of the incredible acts of heroism by the Flight 93 passengers and crew members.

"There are heroes everywhere. People who risk their safety and lives to help others, just like the passengers and crew on Flight 93," Governor Ridge said.

"I was at the crash site in Pennsylvania that tragic day. The hijacked plane was headed for the U.S. Capitol. Instead, it crashed in a field. Why? Because of the brave actions of those on board. Countless lives were saved as a result of their heroism. So, I invite you to nominate a hometown hero who embodies the same spirit and same courage."

You can make your nomination through July 4 by visiting   www.Flight93Friends.org.

According to the website, "We are looking for people who, within the 2020 calendar year, performed acts of heroism in their communities. Like those on board Flight 93, they suddenly found themselves forced to make a decision to help others, placing their own life at risk.

"We will choose nominees from each state and highlight the top stories nationally. A winner will be announced around the time of the 20th anniversary of 9/11."

The panel of judges includes some family members of the 40 passengers and crew members who died on Flight 93 that day.

The criteria for a nominee include: