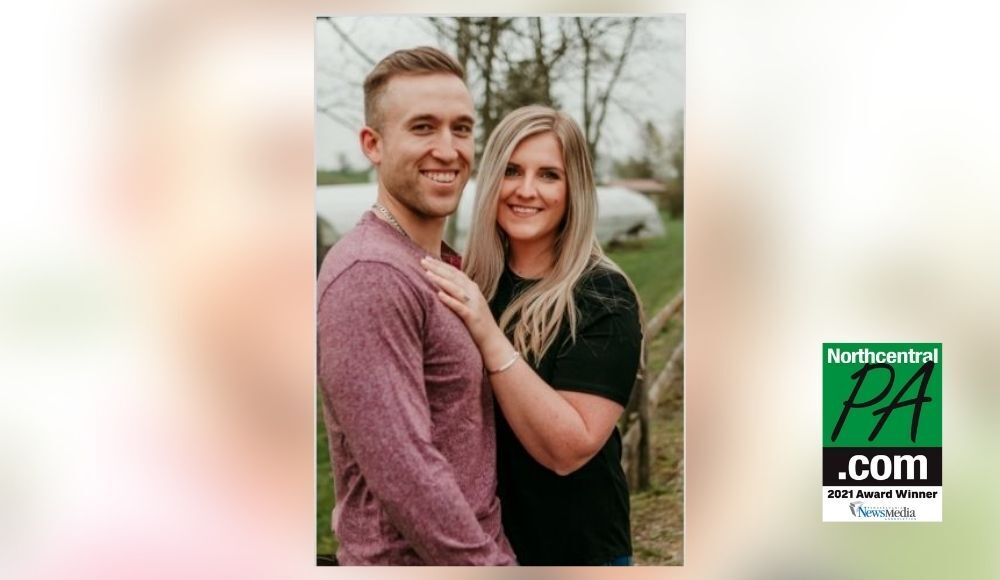 Christopher Snook and Shayla Heimbach pose for an engagement photo. 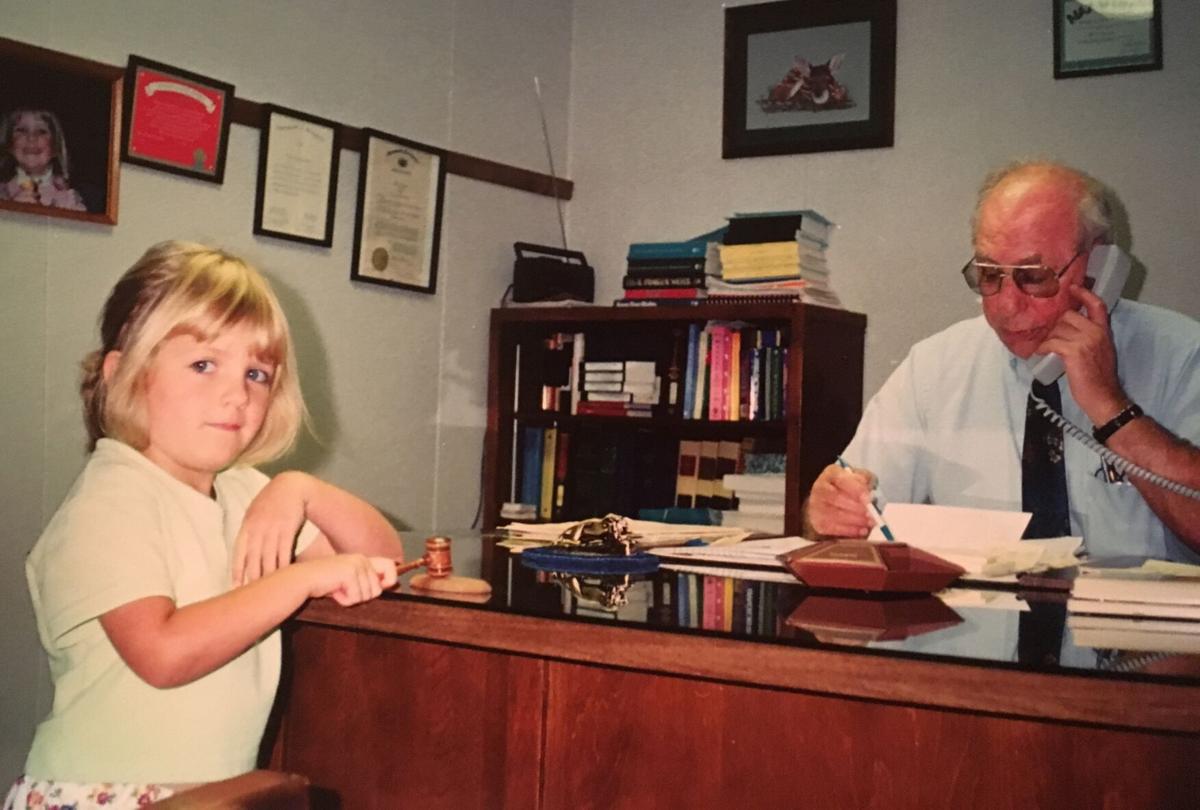 Hall "Solly" Solomon Sr. and Heimbach in Solomon's office when he was Chief of Police for Mifflinburg. His office was located in the old Mifflinburg Borough building, which is now converted to commercial space downstairs and apartments upstairs. Heimbach now lives in one of the apartments. Circa 2000. 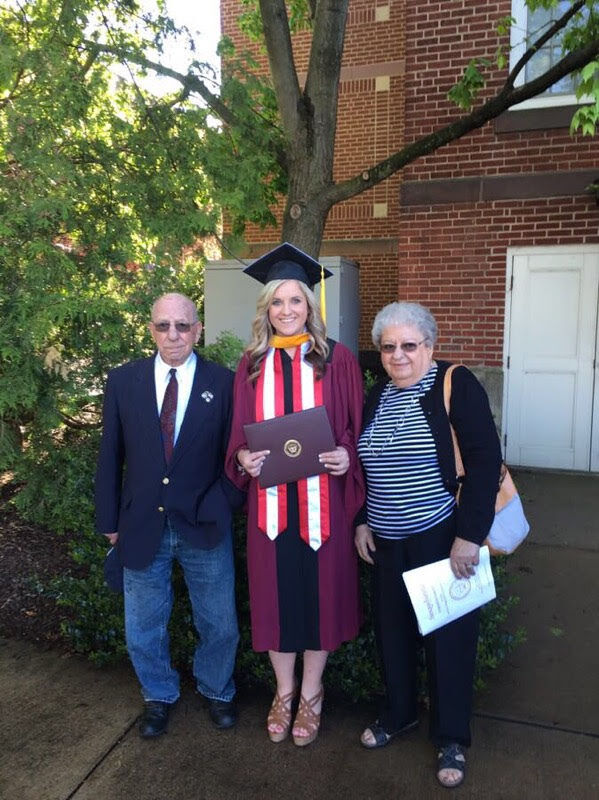 Solomon, Heimbach, and Heimbach's "Gram" at her Susquehanna University graduation in 2016. 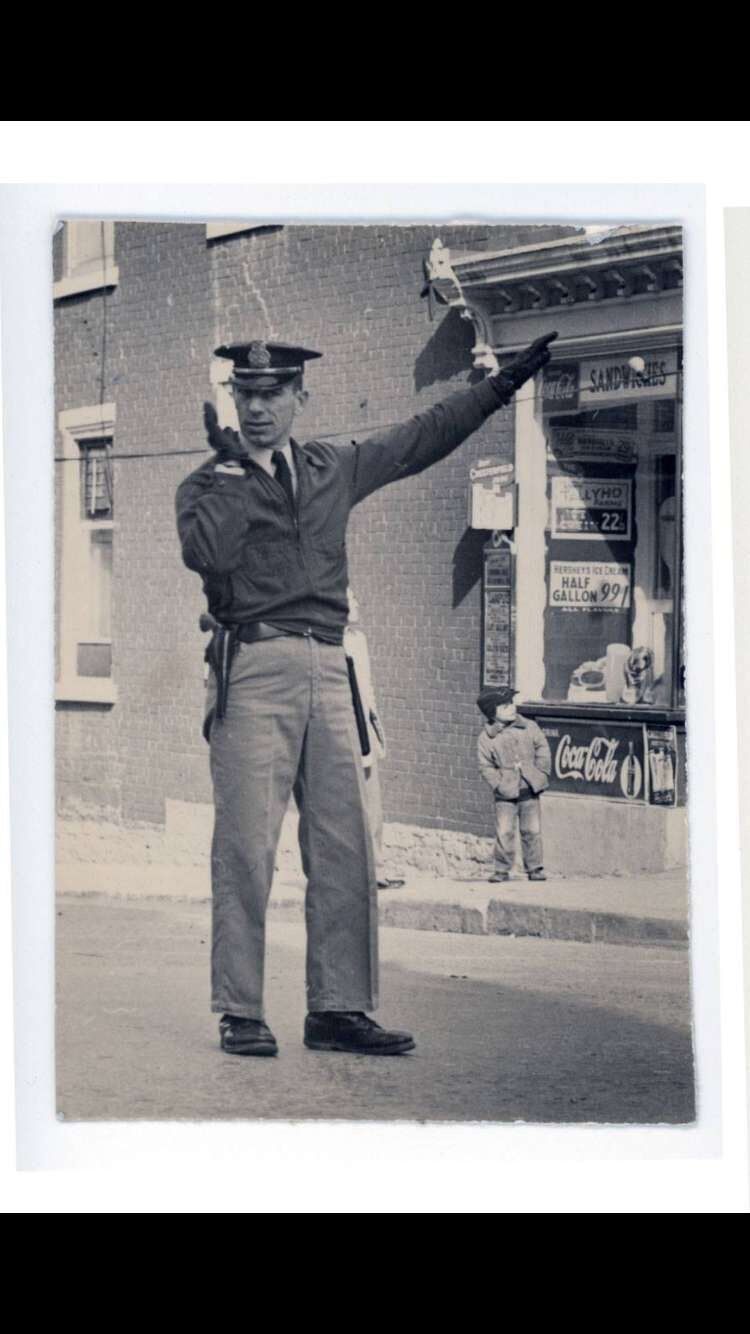 An image of Solomon when he was a police officer in Mifflinburg. Exact date of photo is unknown.

Mifflinburg, Pa. – "Growing up, I attended a lot of weddings with my pap. We would travel all over Pa. He enjoyed officiating so much and always dreamed about being able to officiate my wedding one day," said Shayla Heimbach, describing her late great-granddaughter, Hall "Solly" Edward Solomon Sr.

With her own wedding on the horizon, Heimbach is looking to the community to help make her great-grandfather's dream come true.

A Korean War Veteran and prominent figure in the Mifflinburg area, Solomon served many roles in the community over the years, including Police Officer, Chief of Police, Mayor of Mifflinburg, District Magistrate, and a District Judge.

Solomon was very active in the Mifflinburg American Legion and served on the board for many years as well. The softball field on 8th St. in Mifflinburg, which Solomon helped establish, is now named in his honor.

Solomon also spent nearly 20 years of his life officiating weddings, eventually getting the nickname of 'The Marrying Man.' Heimbach said her great-grandfather "continued officiating until he physically was unable. "

At every wedding, he would always say, 'This will be you one day, Billybob!'" described Heimbach. "Billybob was my very lovely nickname from him, he was very good at coming up with some crazy ones." Heimbach knew her grandfather "could not wait" until it was her turn to get married.

On Aug. 20, 2022, Heimbach will marry her fiancé, Christopher Snook. Although Snook and Heimbach both grew up in Mifflinburg and attended the same high school, just one year apart, it took a New Year's Eve Party in 2016 to spark their relationship.

"After that, we were hanging out multiple times a week and quickly became close," said Heimbach. "To this day, we don't know the exact date that we started officially dating, it all just kind of happened and we meshed right together."

According to Heimbach, Snook and her late great-grandfather "clicked immediately."

"I swear he [Solomon] would talk to him [Snook] more than me when we visited," she said. "Pap would often ask Chris when he planned on proposing even only a few months into our relationship."

Unfortunately, Solomon passed away in June 2019, just one year before Snook was finally ready to propose.

Now, Heimbach is looking for help from anyone who may have, or know someone who may have, a video or audio recording of a wedding officiated by her great-grandfather, Hall "Solly" Edward Solomon Sr.

If anyone is able to help, Heimbach has asked that they contact her by calling or texting at 570-428-2790 or by email at shaykheim@gmail.com.

"It would be beyond meaningful to me and my fiancé if we were able to have his voice during part of the ceremony, as if he was actually there with us," she said. "I would do anything to actually have him there and I feel like this is a wonderful way to honor him."