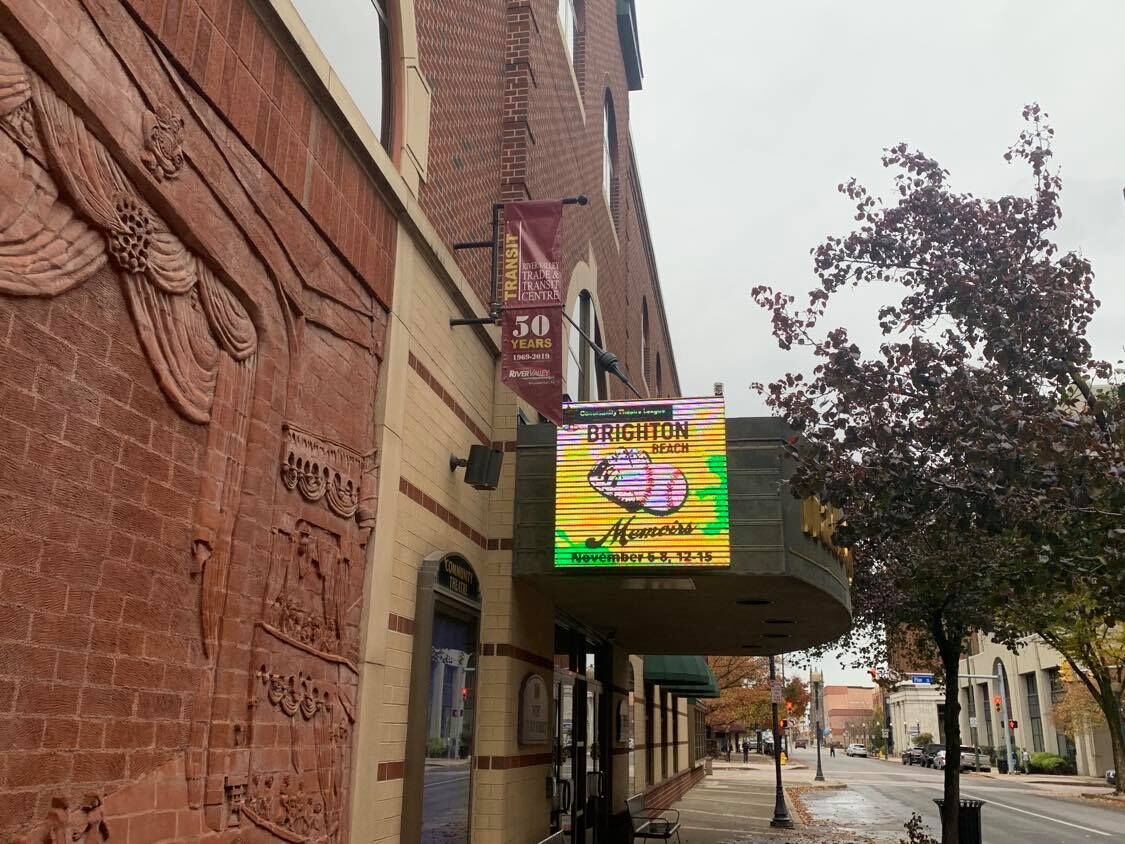 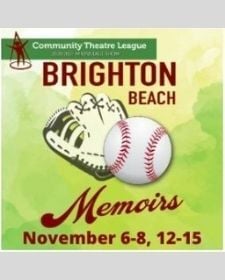 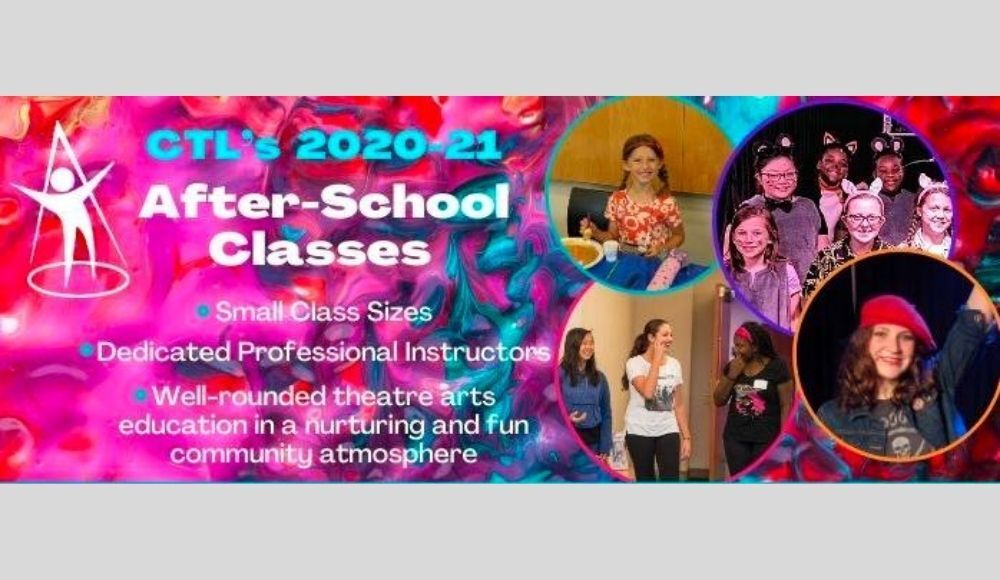 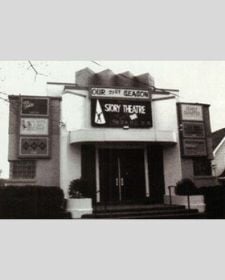 Washington Boulevard location, where the CTL resided for 20 years. 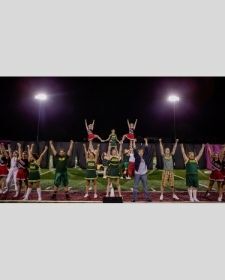 Bring it On, performed on the football field at Loyalsock High School. 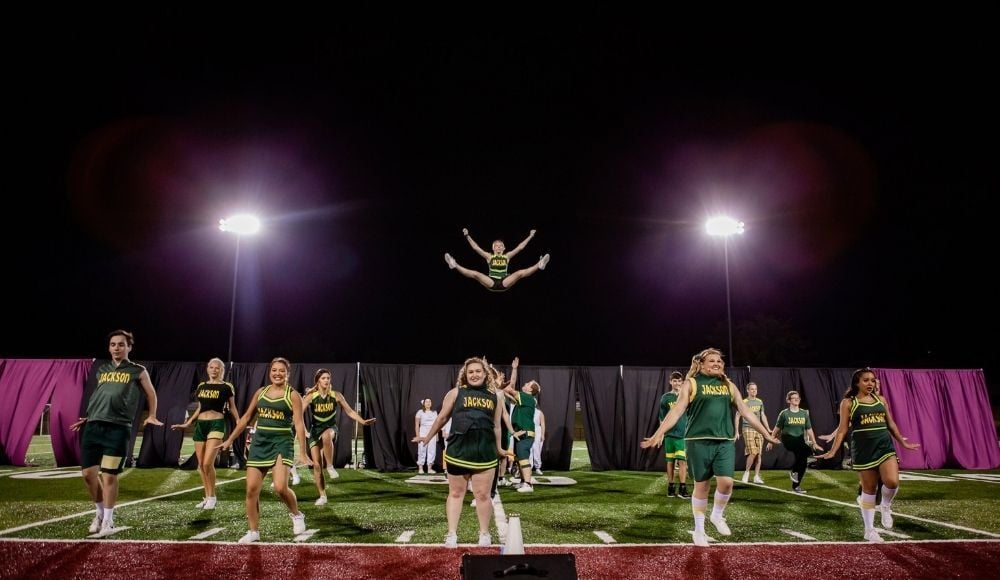 Much like immersion theatre, the cast of Bring it On took the show on the road to bypass COVID-19 indoor gathering restrictions.

In the world of live theatre, the universe of reality gives way purposefully to the business of make-believe. That business, when it thrives, serves its community as a valued respite from the disquieting stresses of everyday life, a need that has never seemed more critical than it does today as our communities and our state struggle for normalcy within the shadow of COVID-19.

Community theatre is needed, perhaps now more than ever.

In a very real sense, theatre is in the business of deception. In order to convince us - if only for a little while - that what we are seeing is in fact real, hardly anything by design is what it seems to be. Elaborate sets are in truth only wisps of familiar images, cleverly constructed facades of plywood, rigid foam and paint that deceive the eye and divert the mind. A troupe of talented performers in costume, each one a dedicated singer, actor, dancer, and stage performer, completes the seamless illusion.

Presenting a captivating performance to an engrossed audience is the ultimate test of live theatre. The performers and staff at Williamsport’s Community Theatre League (CTL) have excelled at meeting that challenge.

Now, however, in a world constrained by the COVID-19 virus, community theatre’s biggest challenge might simply be to survive.

From the outside, the CTL’s home in the McDade Trade & Transit Center building at 100 West Third Street appears to be a bustling center of activity. Pedestrians shuffle around the building’s perimeter while, overhead, the bright lights of the CTL’s colorful marquee flashes with information on upcoming productions and educational opportunities. Again, however, little is what it seems to be. Most of the foot traffic is made up of passengers boarding or exiting city buses, and the flashing marquee lights, at least for the time being, are simply marking time with the rhythm of the passing cars on West Third Street. The pandemic has effectively, for a time anyway, shut down community theatres across the country.

Inside the McDade building, however, preparations are underway in the hope that things will soon begin to change for the CTL. If the experiences of the coming weeks are anything like those of the past seven months, though, nothing is certain.

On Thursday, March 12, 2020, CTL Executive Director Seth Sponhouse, General Manager Phil Vonada, and others participated in a live-streaming collaborative fund-raising effort known as 'Raise the Region.' Sponsored by the First Community Foundation Partnership of Pennsylvania, a regional philanthropic organization founded in 2004, Raise the Region is an annual 30-hour effort to raise money for regional non-profit organizations like the CTL, the United Way, the YMCA, Food Banks, and many others. During the marathon event, as individual fundraising benchmarks were reached, Sponhouse and Vonada revealed to an anxious audience of performers and patrons throughout Lycoming County the titles of upcoming productions selected for the 2020/21 Community Theatre Season. Nearly a dozen mainstage musicals and plays were planned, and the excitement increased with each new announcement.

“Then,” Sponhouse said, “everything changed.”

The next day, Friday the 13th , in response to the threatened spread of the COVID-19 ravaging New York and New Jersey, widespread regional school closures were announced; on the following Monday Pennsylvania simply shut down.

“In mid-March, we were sprinting,” Sponhouse recalled. “And then, suddenly, we hit a wall.” The month of May would be half-over before any full-time staff would set foot in the building again.

In the interim, Sponhouse and Vonada gathered their staffs together – virtually from their homes via Zoom – to brainstorm ideas on what to do next.

For the CTL, nearly 70% of its operating revenue comes from tickets sales for shows and fees for educational programs. Literally overnight, as fast as a Director can yell, “Cut!” it was all gone.

In all, Sponhouse said, the CTL has endured nearly five months without generating a single dollar in revenue. Though available grants and donor contributions enabled the theatre to keep the lights on, significant struggles still existed. But the CTL is, and has always been, a resilient group of theatre performers and Sponhouse was confident that a way through the crisis could be found. Maybe.

CTL through the years

Founded in 1976, the CTL had moved from place to place throughout Williamsport for a year or two, performing in places like the Harmonia Hall, The Genetti Hotel ballroom, and the Divine Providence Hospital auditorium, among others, before settling into the Kingdom Hall on Washington Boulevard, which was home to the CTL for almost 20 years.

Then, in 1999, due in part to generous endowments and savvy financial planning, CTL began looking for a new home. A vacant lot in the city next to Helmrich’s Seafood was purchased and plans were drawn up for the construction of a permanent performance venue. The City of Williamsport, however, had a different home in mind.

At the time, plans were being formalized for construction of the McDade Trade & Transit Center at the corner of Pine and West Third Streets. City officials were looking for suitable occupants for the interior spaces, and the CTL was offered a long-term lease. The timing was as good as it gets, and CTL directors worked with project architects to design an adaptable performance space within the building to exacting specifications.

A 30-year lease was signed that expires in 2029. Now, however, with theatre operations nearly shut down because of the spreading coronavirus, there was a genuine concern among some that the CTL may not survive through 2020.

What was needed, Sponhouse knew, were new ways to generate revenue while continuing to bring theatre arts to the community. “The question every theatre group was now asking,” Sponhouse pointed out, “was ‘Who can be creative in a way that keeps everyone safe?’ ”

Despite the real challenges, the relentless effort was beginning to pay off, and available tickets for all the scheduled shows were quickly selling out.

And then, once again, COVID-19 reared its head. In response to a spike in infections and deaths across Pennsylvania, at midnight on July 15, everything shut down again and a state-wide order to ban indoor gatherings of more than 25 people effectively ended further production of Bring It On.

“Each one of these kids had a story about a disappointing show or production cancellation at their school, college, or university,” Sponhouse remembered. “We were determined not to let them down again.”

In a fortuitous coincidence, the CTL Stage Manager for Bring It On was Paul Young, who was also at the time the President of the Loyalsock District School Board. It didn’t take long for an idea to emerge: Where better to stage Bring It On, a musical production about high school cheerleaders, than on a football field? Can’t have more than 25 people at an indoor gathering? Then perform the show outdoors!

First thing the next morning, Loyalsock School Superintendent Gerald Mclaughlin was on the phone to CTL Director Seth Sponhouse.

“The football field is yours if you want it,” Mclaughlin told Sponhouse, who quickly accepted. Two weeks later, temperature-takers were staged at the stadium entrance, masks and social-distance seating requirements were put into place, and the show went on. Despite weather extremes over the four-day production run that included driving rain storms and temperatures that neared 100F degrees, the show was a complete success.

Equally as serious as the drastic cuts in revenue, tens of thousands of dollars had already been spent in preparation for a production season that now appeared highly unlikely to occur. Show selections, the scheduling, and the purchasing of performance licenses for desired productions for the 2020/21 season, had begun as early as November of 2019. Suddenly, all of the CTL’s ‘pre-COVID-19’ planning was effectively shelved, and a level of flexibility that was never needed before became essential.

When the 2020/21 school year began for area districts, many were operating under some variation of a hybrid approach, splitting their student bodies into two groups who would attend classes on alternate days to reduce student congestion in the classrooms and hallways.

Recognizing that this new reality impacted available child care, CTL administrators worked with the Lycoming County Commissioners to secure a grant that enabled the creation of the School Day Theatre Camp, a free service that allows area kids to spend the day at the CTL exploring backstage areas and learning about the art of stage performance.

Though enrollment in that program quickly dissipated when area schools returned to a full-time schedule, the program itself is still an active part of daily CTL activities with plenty of available space for interested kids.

Evening with a star

The future of other successful and popular programs, however, is still questionable. The CTL’s Cross-Campus Dramatic Workshop Day, which brings together as many as 250 area theatre students in a day-long in-house event that includes master classes in stage make-up, auditioning practices, vocal coaching, and other skills, is most likely off the schedule for this year. The status of other events, like the Ray of Lights High School Theatre Awards, is uncertain as well.

If there is a bright side to be found amidst the gloom of COVID-19, it is perhaps in the highly anticipated Evening With A Star program, a unique one-day-only event which brings a select marquee performer straight from the Broadway stages in New York City to the CTL stage in Williamsport.

Local theater students can experience a once-in-a-lifetime opportunity to hone their skills under the direction of a world-class stage performer. Though the entire American theatre community shuddered when Broadway announced a complete suspension of all productions until at least June of 2021, the sudden availability of dozens of professional stage performers presented CTL directors with a once-in-a-lifetime opportunity of their own to book an otherwise unavailable major talent for the event.

An announcement revealing this year’s star performer is expected soon, if CTL directors can make the event cost-effective given the current restrictions on indoor gatherings.

As the last months of 2020 draw to a close, the challenges associated with the anticipated spread of the COVID-19 virus present significant hurdles for the CTL. Director Seth Sponhouse is confident that the organization, along with the vast family of dedicated theaters students and performers who support it, will find a way through the coming difficulties. That community theatre can continue to thrive within the realities of COVID-19 seems to some an unlikely proposition. But in the world of community theatre, remember, hardly anything is what it seems to be.

Production has resumed for the presentation of Neil Simon’s play, Brighton Beach Memoirs, in anticipation of an opening night on November 6. A comedy about a teenage boy’s coming-of-age amidst his family’s struggles in Brooklyn during the Great Depression, the play is being presented by the CTL in a limited-seating capacity.

Restricted by current Pennsylvania coronavirus mitigation requirements, tickets may only be sold to fill 20% of the CTL’s available seating. Facemasks, of course, will be required. Still, Sponhouse and his staff are certain that community support for the production is strong. Tickets are already selling at a brisk pace. Given that the show gets underway just three days after the national presidential election in the midst of the coronavirus saga, the popular comedy play may be just the right show at just the right time.

Tickets for Brighton Beach Memoirs, along with information about the School Day Theatre Camp for kids and other educational and performance opportunities, can be accessed on the CTL’s website, www.ctlshows.com, or by calling the Box Office at 570-327-1777.

SPCA Pets of the week: Nevaeh and Mama