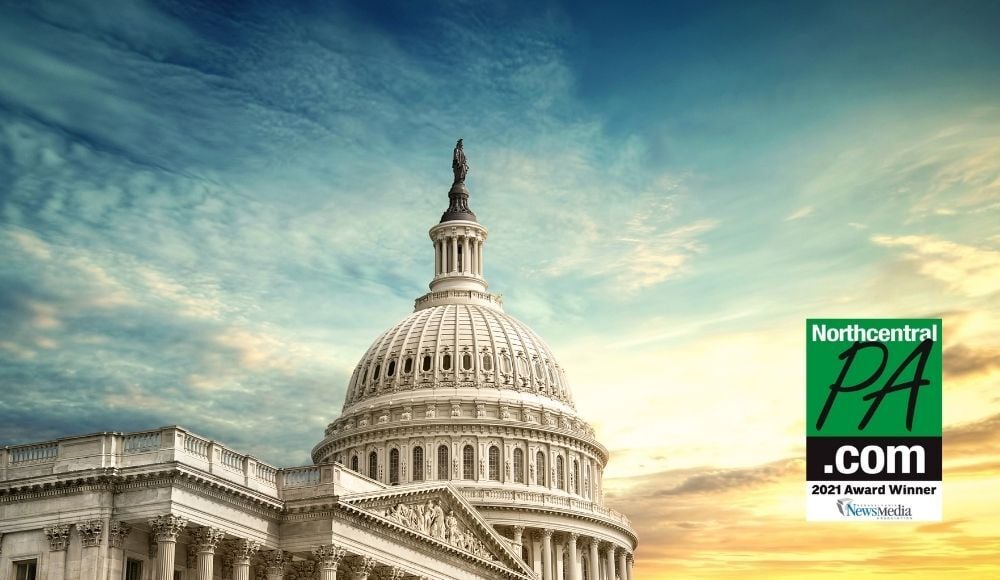 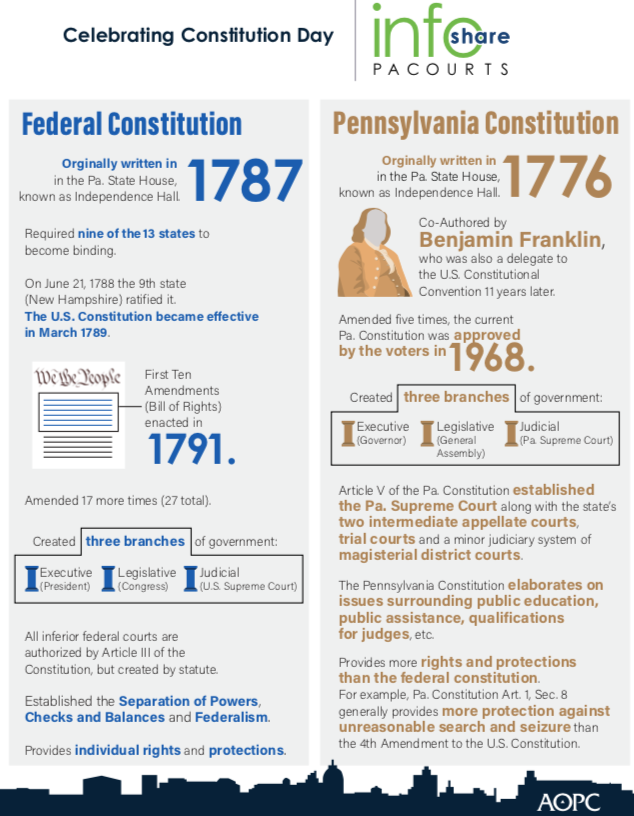 In recognition of Constitution Day, the Pennsylvania Courts released an infographic highlighting fundamental information about both the federal and state constitutions. 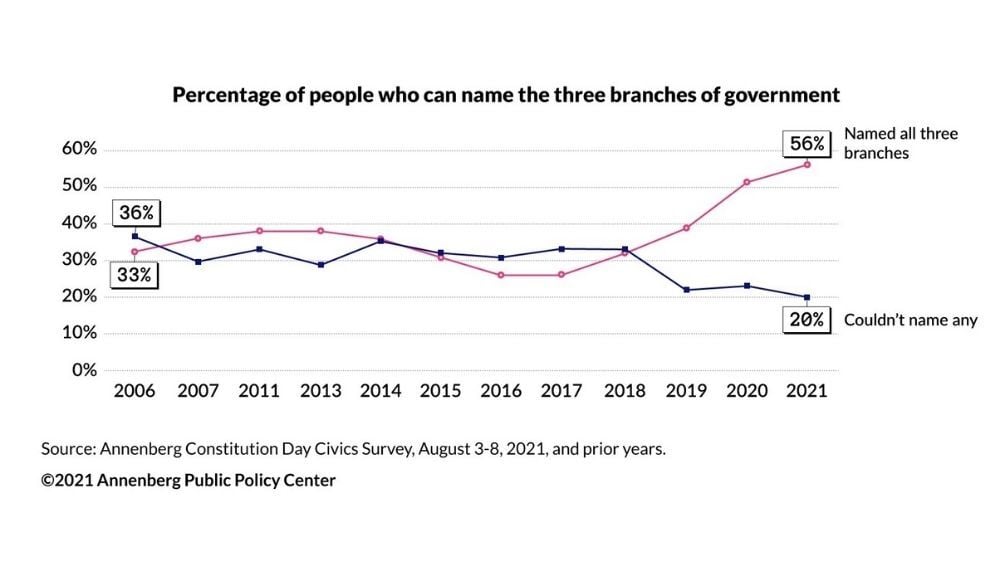 Philadelphia, Pa. -- The good news: a growing number of Americans can name the branches of government and the freedoms under the First Amendment.

The bad news: many still misunderstand basic facts about how government works, according to the 2021 Annenberg Constitution Day Civics Survey.

The Annenberg Public Policy Center's annual survey follows increased media coverage of the powers, functions, and prerogatives of the three branches in a year marked by tumult.

Think about how much we had to stress over. An impeachment proceeding, a pandemic, a disputed election and unsuccessful efforts to overturn the results in the courts, an attempt to disrupt congressional certification of the electoral vote, protests over racial justice and Covid-19 restrictions, and Supreme Court rulings on hotly debated issues like the Affordable Care Act.

"Higher proportions of the public have a foundational awareness of the three branches and the protections in the First Amendment," said Kathleen Hall Jamieson, director of the Annenberg Public Policy Center of the University of Pennsylvania.

"But this knowledge appears to have been purchased at a real cost," she said. "It was a contentious year in which the branches of government were stress-tested."

A 5-4 ruling: Asked what it means when the Supreme Court rules 5-4 in a case, 61% correctly chose "the decision is the law and needs to be followed."

Three in 10 (30%) mentioned the right of people peaceably to assemble, compared with 34% in 2020, when the survey was conducted during a summer of widespread protests. (The total exceeds 100% because multiple responses were accepted.)

The First Amendment protects citizens from government censorship – but social media companies such as Facebook are private companies.

Americans were divided on whether the January 6 Capitol riot was a constitutional exercise of the First Amendment right to petition the government for redress of grievances.Half (49%) thought it was accurate to say that arresting those who entered the U.S. Capitol to disrupt the certification of the presidential election violated their constitutional rights.

"It is a sad commentary on the public's civic literacy that half of the public considers an effort to disrupt the certification of an election an exercise of a First Amendment right," Jamieson noted.

An analysis found that taking a high school civics class continues to be associated with correct answers to civics knowledge questions. In 2021, nearly 6 in 10 (59%) respondents said they had taken a civics course in high school that focused on the Constitution or judicial system, about the same as in previous years we have asked this question.

The Annenberg Public Policy Center was established in 1993 to educate the public and policy makers about communication's role in advancing public understanding of political, science, and health issues at the local, state, and federal levels.