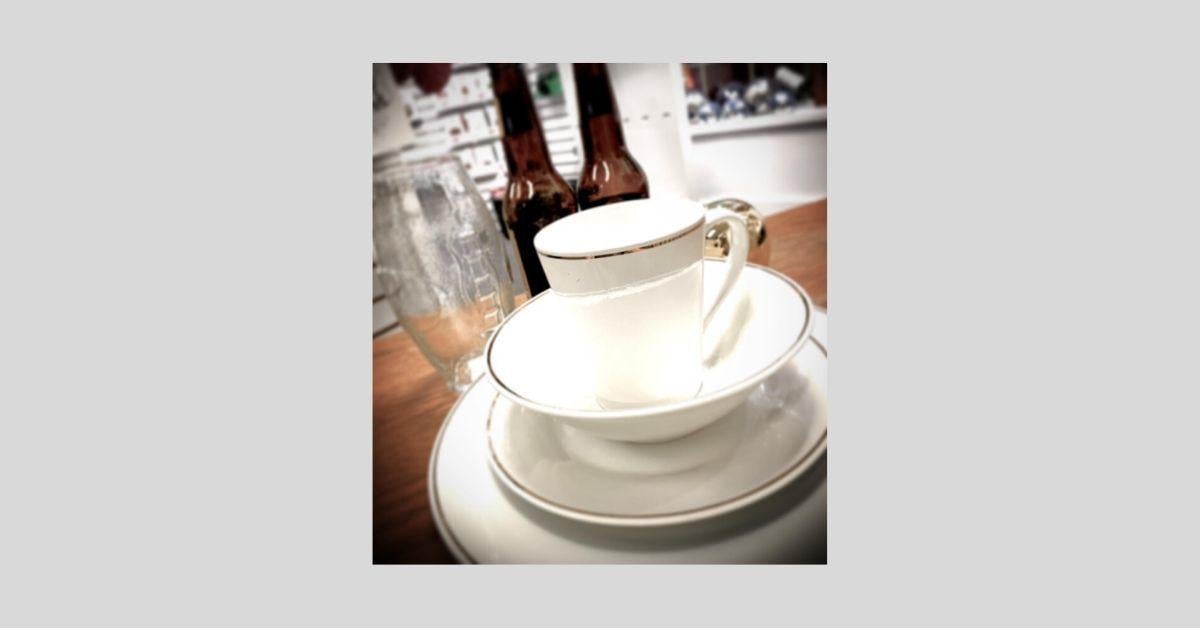 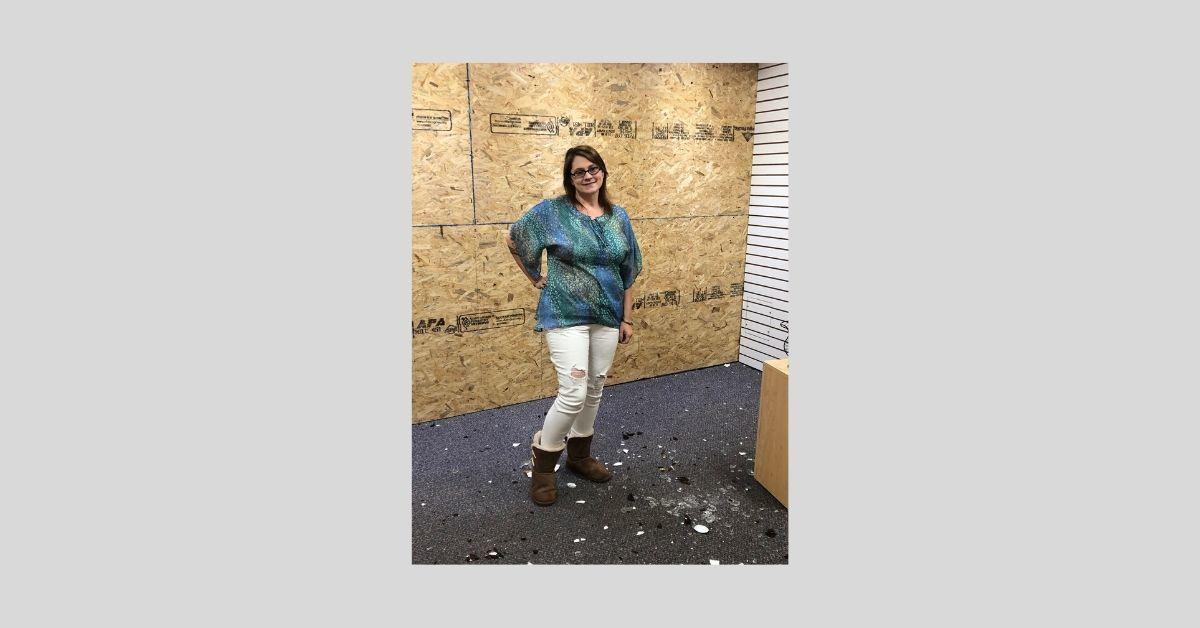 Virginia Weigle, owner of The Break Room of Williamsport, stands in one of two rooms that participants may break fragile items. 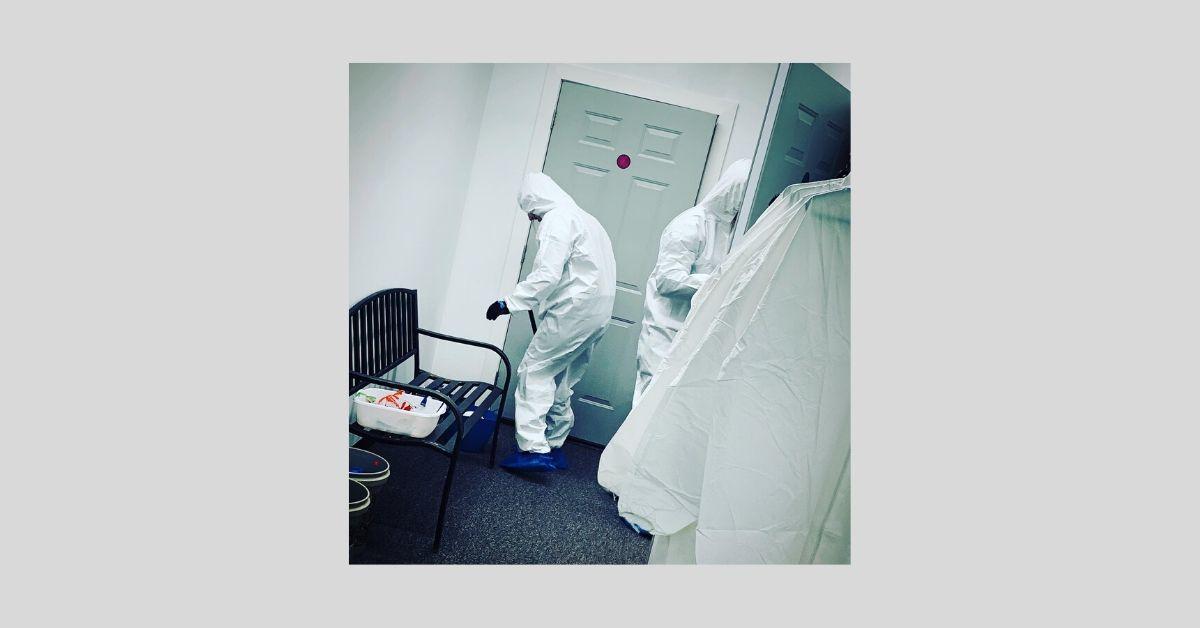 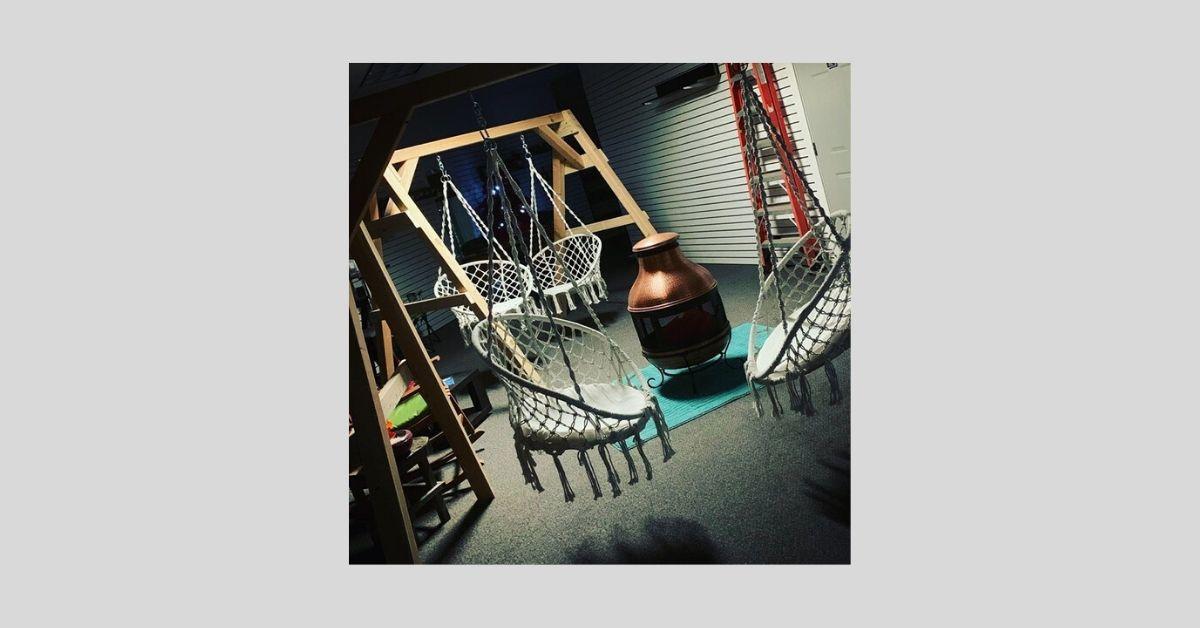 After a break room session, people may relax in the lounge.

Virginia Weigle, owner of The Break Room of Williamsport, stands in one of two rooms that participants may break fragile items.

After a break room session, people may relax in the lounge.

Williamsport – Anger is an emotion we often don’t deal with. Stress is something we also tend not to deal with. Virginia Weigle, owner of The Break Room of Williamsport at 1009 Washington Boulevard, wants to change that. Her business is modeled somewhat like a rage room, which is popular in other parts of the country. Participants pay a fee to go into a room and break fragile items such as plates or bottles. They may use bats, golf clubs, hammers – anything that can easily break items, Weigle said.

The idea to start such a business came to Weigle after her husband committed suicide in September of 2018. “In the healing process for me, I found some support groups on Facebook. One of my friends on those support groups visited a rage room in Colorado,” Weigle said.

Though the idea intrigued her, she didn’t think of starting her own business until one night when she was feeling upset. “I was at home one night, had some empty beer bottles and threw them on the side of the house in anger,” Weigle said. The next day, she woke up and realized that she had a mess to clean up. “I thought, what if someone had a place to relieve stress and didn’t have to clean up the mess.”

Weigle began to explore the possibility of opening her own business. However, she did not want to call her business a rage room. “Not everyone would want to embrace rage, but the break room – the idea is in the name to take a break,” Weigle said.

Weigle envisioned a place where people could not only pay a fee to go into a room and break fragile items but also relax and hang out. The current space now includes a relaxation room painted sky blue with a daybed, fluffy pillows and a soothing foundation. People can go into the room to relax after their break session, Weigle said. It’s a place where you can “clear your mind and think of a solution to deal with anger in a healthy way.”

The break room also features two rooms for breaking glass, a lounge with a coffee bar and swings, a small gift shop, foosball and an arcade. People may pick what they break. The break room has shelves of bottles, dishware, glass jars and seasonal items. Weigle plans to bring seasonal items into the mix too. “We have Christmas ornaments for the holiday season,” Weigle said.

Those who want to break items may select packages ranging from $8 to $28. The higher the monetary amount, the more items you’re given to break with no time limits. Or, for $20 you can bring your own breakables to smash (this package has a 20-minute time limit). “If you can think of it, you can break it,” Weigle said. However, no electronics will be allowed due to Department of Environmental Protection (DEP) regulations, she added.

Safety in the break rooms is a priority. People are provided with a full painter’s suit with a hood and shoe coverings. They also get goggles to protect their eyes. “Everyone must sign a waiver,” Weigle said. The waiver can be signed ahead of time on The Break Room of Williamsport’s Facebook page. People participating must be 16 and over and wear closed toe shoes. Minors must have a waiver signed by a parent or guardian.

For those who want premiums items to break, Weigle has included a few exquisite pieces from overseas, including a large handmade piece from Italy. To break these, people would pay an extra fee. “Part of the fun of it is you can purchase this really pretty teacup and shatter it,” Weigle said.

Weigle has partnered with Simply Savor Café next door to provide a Simply Smashing Lunch Break package. The package is $18 per person and entails breaking three bottles, three plates and two mugs plus a sandwich and soup to either eat in or take out. “It’s a way to relieve stress in the middle of your workday,” Weigle said.

Weigle also will be doing custom party packages, which can include birthdays, team building events, bachelor or bachelorette parties, anniversaries and girls night out. One couple has already spoke to her about having their wedding reception there.

In January, Weigle plans to expand by adding a kids activity on Thursday mornings called Bitty Breakers. “Kids will get to pop bubble wrap and break pinatas,” Weigle said. She also plans to add splatter painting.  “We’ll hang a large canvas on the wall and then people get to fling paint that is a bit watered down from bowls onto the canvas,” Weigle said. Eventually, the break rooms will be equipped with cameras. People will be able to get pictures of their session to take home, Weigle said.

For now, The Break Room of Williamsport is only open to walk-ins until the grand opening on Sunday, Dec. 15. Hours are mostly weekdays and Wednesday evenings. The soft opening was held on Thanksgiving night.

So far, she has received a positive response with some people stopping in out of curiosity. “There’s a lot of people like, oh I could never go in and break something. But then we have others who say they need more things to break.” She gave the example of college age kids who stopped in one afternoon and immediately asked for more items to break once they exited the break room. Luckily, there’s plenty of add on items people may purchase to break.

Weigle hopes that people will take advantage of the break rooms not only to relieve stress, but also have a good time with friends. “Do something that’s an experience rather than spending the money on stuff,” Weigle said. “You can have an experience and make some fun memories.”

The Break Room of Williamsport’s grand opening and holiday open house event will be at 11 a.m. Dec. 15. People may reserve a $20 package ahead of time to smash a box of Christmas balls, spend time in the relaxation room and hang out in the lounge. One person will be entered to win a KitchenAid stand mixer. Additional information is available on the Facebook page at https://www.facebook.com/williamsportbreakroom/