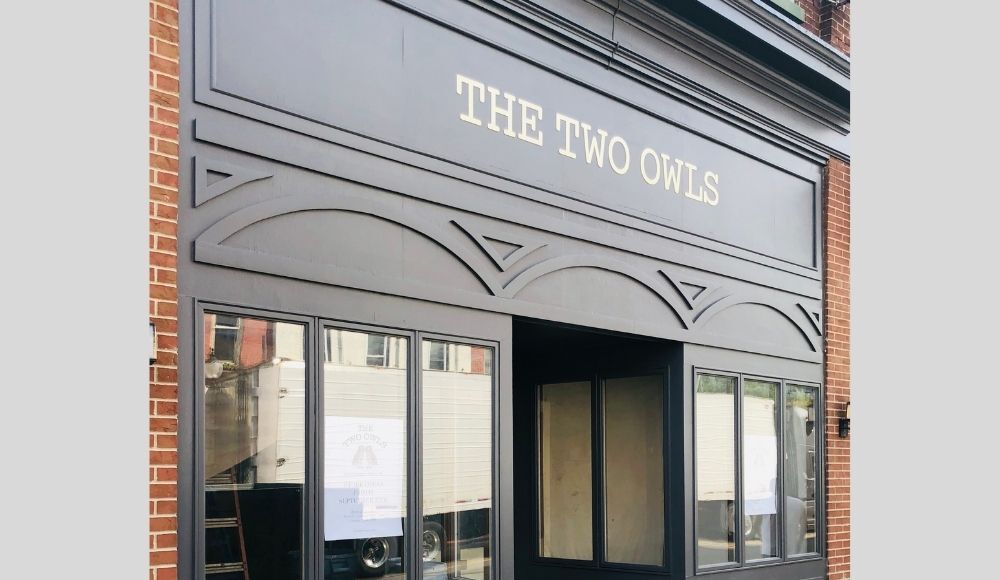 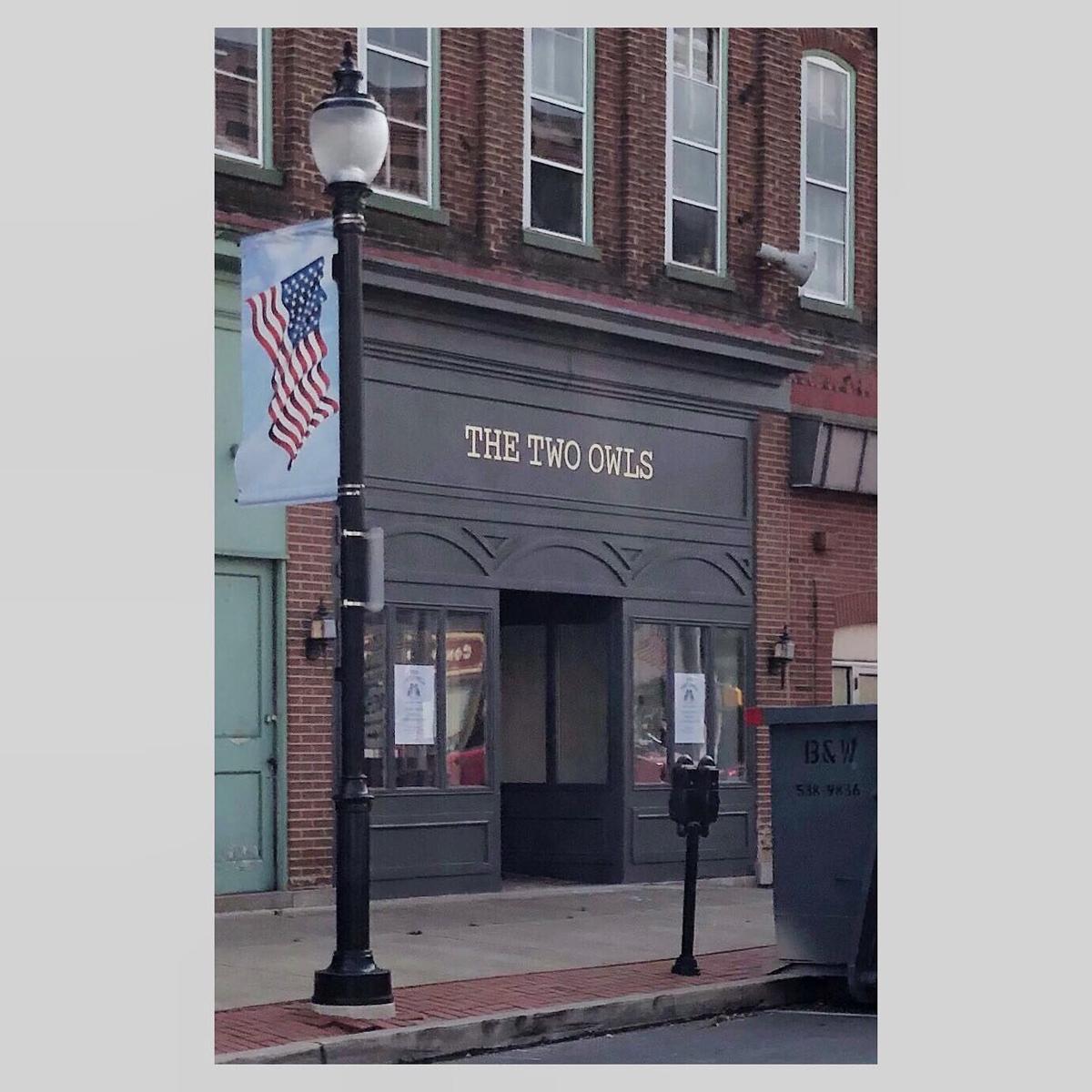 The storefront of Two Owls in downtown Milton. Photo by Two Owls Staff. 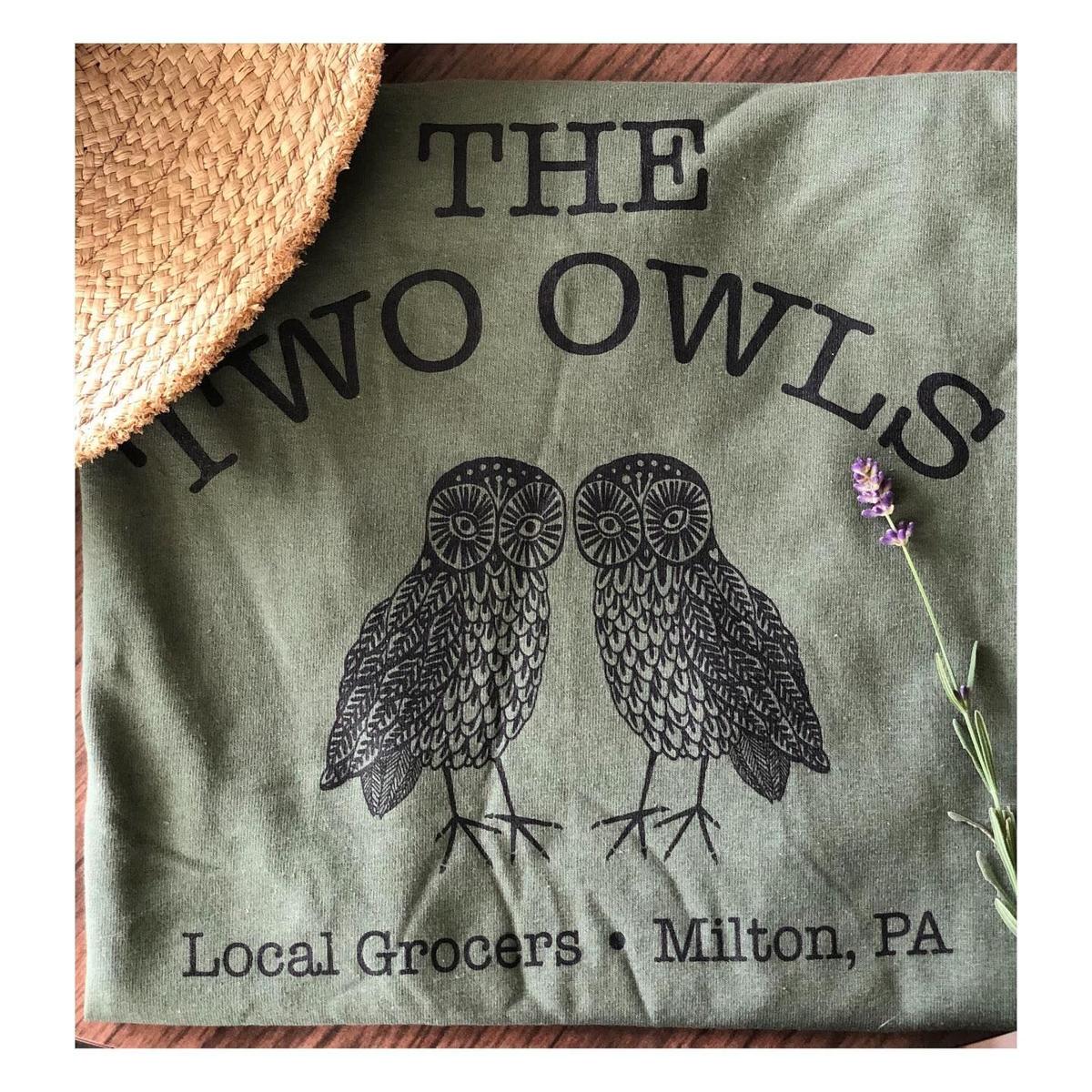 A T-shirt with the store local. Photo by Two Owls staff.

Milton, Pa. – To spice up their quarantine life, Nicole Will and Jeremy Gordon decided to improve their cooking skills. As they experimented with new recipes using farm-fresh ingredients, they realized a once-a-week trip to the farmer’s market was not enough.

That's what sparked the couple's initial idea: a place where people can buy locally grown produce and locally crafted products all week long.

“The idea came from thinking about essential businesses and how, as a couple in quarantine, food became the thing we did–cooking dinner had to become something that feels exciting and going to the grocery store became an outing,” said Nicole.

Next week, the idea will become reality when Nicole and Jeremy open their new grocery store, The Two Owls, in downtown Milton.

The goal of Two Owls is to support local farms and sellers and offer convenience to the community. Through partnerships with local growers, Two Owls will have shelves stocked with fresh produce, dairy, and meat products. Beyond food items, the store will also sell a variety of crafts and goods from local artisans. Additionally, non-perishable and craft items will also be available online through the store’s website.

“Our goal is to support family farms, our active communities, local makers, and support companies with a similar ethos to ours. We’re open to a wide range of consumers. For example, some of our products are vegan, but we’re also selling meat. We invite people to tell us what they want,” said Nicole.

The unique backgrounds of Nicole and Jeremy make them well-suited for a business that combines farm fresh food with local art and community.

The couple met in February of last year through recovery. Jeremy, who is three years sober, knew he wanted to get to know Nicole better, but he waited for the right opportunity to ask her on a date. When he did, Nicole, who is ten years sober, almost left him hanging.

“We were both on Tinder and we matched. I messaged her, but she didn’t reply right away. I tried one more time and then she finally replied,” said Jeremy.

A native of Central Pennsylvania, Jeremy grew up in Benton. His grandfather owned a farm which helped Jeremy learn the ropes of farming and gain an appreciation for local growers. Nicole, originally from Northern California, studied art and spent almost 12 years in New York city before she moved to Milton.

The store’s name, Two Owls, also has a unique backstory.

When Catherine was diagnosed with a terminal cancer in her early thirties, Nicole would often visit her friend.

“Catherine and I had that dream–like the dream everyone has with their best friend–where we would open a coffee shop or business together. Unfortunately, she passed away at 31,” said Nicole.

One visit, Nicole noticed her friend had somehow ended up with her favorite coffee mug. The mug was one-of-a-kind, adorned with two owls in a unique Japanese style. Catherine was adamant she didn’t steal the mug and Nicole–despite her doubts–decided to drop the topic. When Nicole returned home, however, there was her Owl mug.

Naming the store Two Owls is Nicole’s way of remembering her friend and connecting her memory to Nicole’s present life.

“I get to be reminded of Catherine every day, and it fits well in the area,” said Nicole. “Plus, there’s two of us–Jeremy and I– and we’re both so different.”

By combining both of their unique pasts, Nicole and Jeremy hope Two Owls will have a role in building a future for themselves as budding business owners and for the growing local economy in the surrounding area.

“I think Milton provides a nice transitional area, we get a lot of people from other areas in addition to the local community,” said Nicole. “There’s a lot of possibility here and we like our established neighbors.”