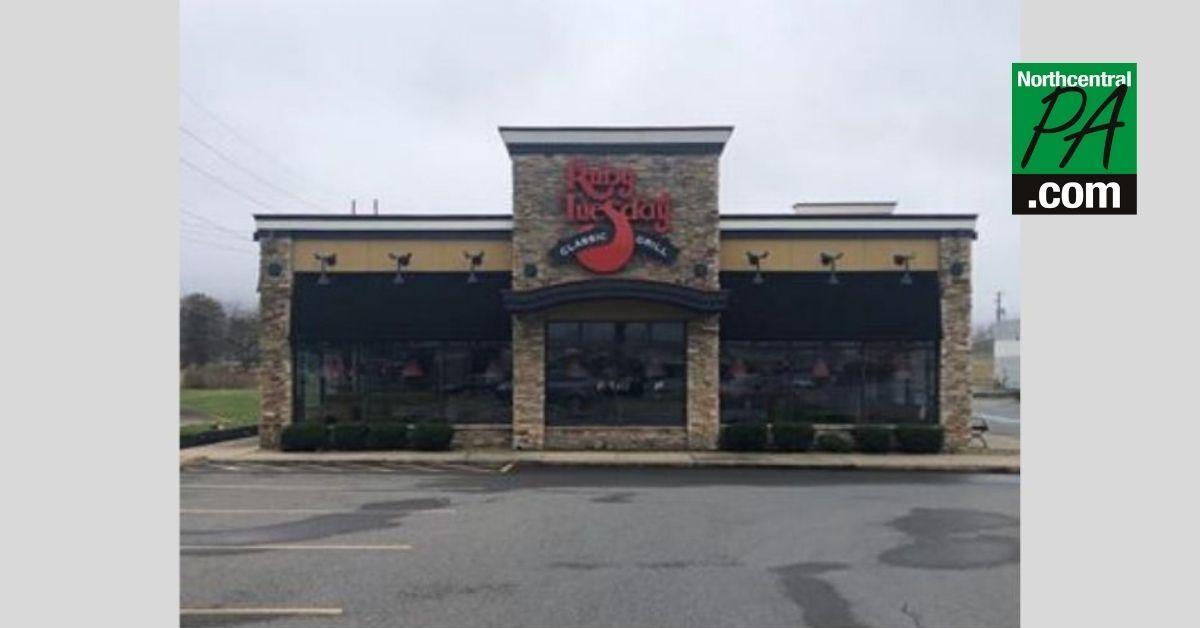 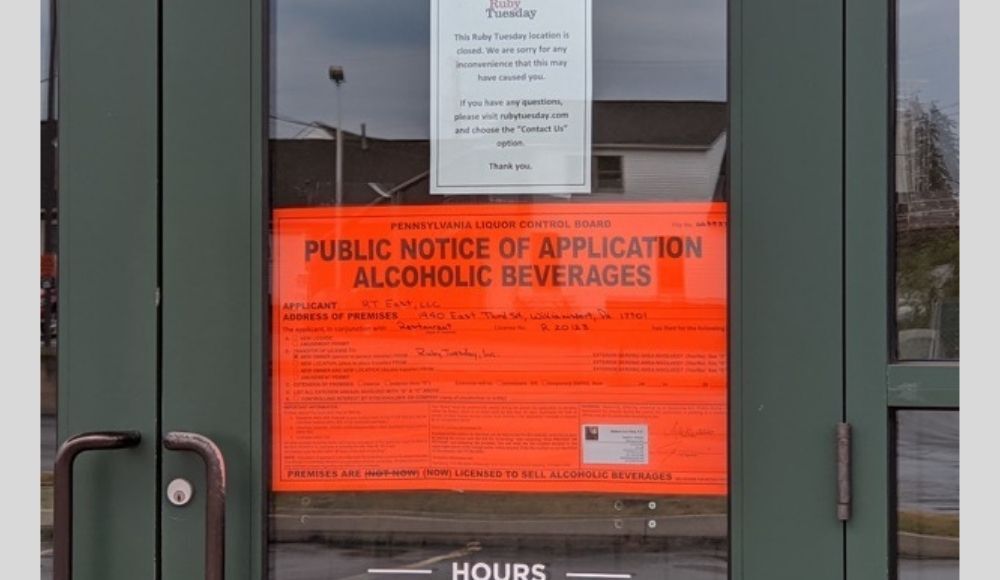 An application for a liquor license has been on the door of the former Ruby Tuesday since a development company from State College purchased the space several months ago. No businesses have signed on at this point to move into the vacant space.

Loyalsock Township, Pa. – Rumors have been circulating that the former Ruby Tuesday restaurant at 1940 E. Third Street will become an Outback Steakhouse or Texas Roadhouse restaurant.

But they're only rumors.

No company has signed on yet to move into the space, according to Jason Fink, president of the Williamsport/Lycoming Chamber of Commerce.

The restaurant has been vacant since Ruby Tuesday quietly closed its doors on March 27, just two weeks after the shutdown occurred.

The former restaurant space has been purchased by a developer from State College, but remains empty.

Several months ago, an application for a liquor license was seen on the doors of the former restaurant. Fink had reached out to the developer to find out what business would potentially move into the space. He heard back from the developer earlier this month.

“At this time (or at least as of then), there isn’t anyone signed to go into the building.  They are talking to a few groups, but no one is committed at this time,” Fink said in an email.

Penny Ruggieri, assistant secretary at Loyalsock Township municipal building, said she was not aware of any business going into the vacant space.

Casual dining chain Ruby Tuesday has since filed for Chapter 11 bankruptcy after the Williamsport location shut down. A total of 185 Ruby Tuesday restaurants have closed permanently since the pandemic started earlier this year. The chain currently has 236 open dining rooms. The Bloomsburg location, located off the Buckhorn exit on Interstate 80, is the sole remaining location in the north-central Pennsylvania region.

According to a press release, the Tennessee-based chain has been affected by the COVID-19 restrictions on indoor dining, as 90 percent of their sales come from the dining rooms.

Coca-Cola to discontinue Tab by end of 2020