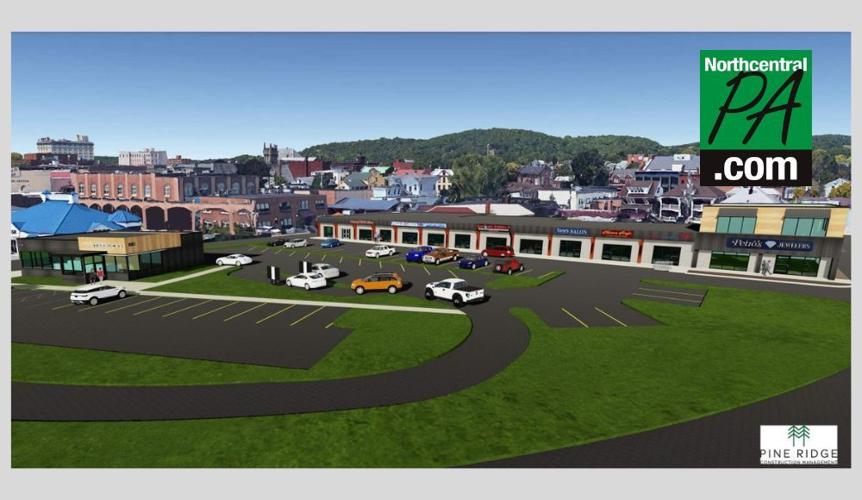 A rendering of the improvements planned for River Valley Plaza off Basin Street in Williamsport. 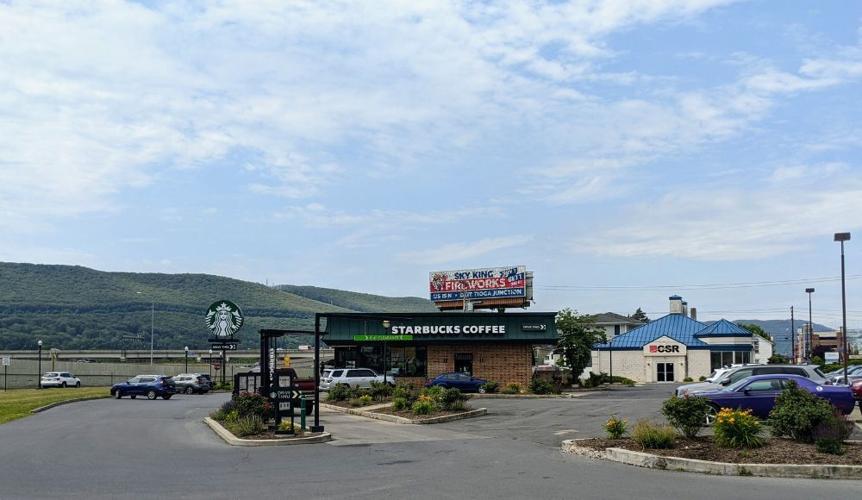 Owners said the Basin Street Starbucks is the second busiest in Pennsylvania. Reconfiguring the parking lot and drive thru, they said, will help alleviate traffic congestion. 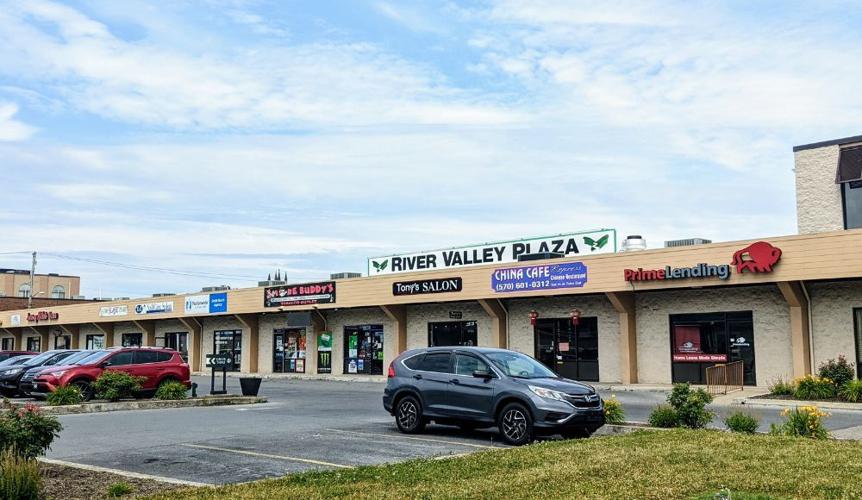 River Valley Plaza, just off the Basin Street exit of I-180, is at full capacity. Owners said it will soon get a makeover.

Williamsport, Pa. — Changes are coming to the River Valley Plaza that will turn the commercial area into what the building owners call the "centerpiece of Williamsport."

River Valley Plaza is located in Old City Williamsport, east of Market Street and situated off the Basin Street exit, behind a familiar landmark to many: Starbucks.

According to Rick Mahonsky, Goldsmith, CEO of River Valley Co. and co-owner of the property with Robin Elaine Bardo, the shopping plaza's 18 units are fully occupied. It's home to several businesses, including Petro's Jewelers, Jersey Mike's, the Glaze to Be, the Williamsport Realtor's Association, a nail salon, hair salon, financial institutions, and many others.

It's a full and busy plaza—a fact that contributes to a congested traffic flow going in and out of the parking lot. To ease the congestion and improve safety, developers are aiming to add a second drive-thru for Starbucks, add more lighting, and improve sidewalks and traffic flow.

They'll also renovate the exterior of both the plaza and Starbucks.

"The city owns the grass [in front of Starbucks]," said Nate White, commercial real estate agent and property manager of River Valley Plaza. By turning a strip of the grass into a drive-thru lane, the city will be responsible for less maintenance, and it'll take the traffic out of the parking lot, he explained.

The developers said they're working closely with Starbucks, the city, county, and state. They plan to access funding through Redevelopment Assistance Capital Program (RCAP), which administers grants for the acquisition and construction of regional economic, cultural, civic, recreational, and historical improvement projects in Pennsylvania.

“The plaza has basically been untouched since its 1985 construction," Mahonski said. "This project will modernize the Starbucks and plaza exterior to reduce congestion while giving the property a fresh look as part of the City’s ‘gateway’ into Old City.”

"I had never considered buying a commercial piece of real estate, but approximately two and a half years ago my son in law, Nate White, came up to me and said, 'hey, there's a plaza I'd like you to look at,'" Bardo said.

"When I looked at the amount of parking places that were taken, I thought, 'he might be on to something.'"

The shopping plaza sits at the entrance to the Old City Williamsport corridor, an entryway into the east end of the city, providing easy access to Lycoming College and further development planned for the neighborhood and college.

In October of 2019, Lycoming College cut the ribbon on the $12.5 million dollar Krapf Gateway Center at the intersection of Basin, East Fourth, and Franklin Streets.

"The location and physical orientation of the Krapf Gateway Center visually reconnects the College to the grand Susquehanna River, the Pennsylvania Wilds, and the Old City of Williamsport," Lycoming College President Kent Trachte said during the building dedication.

The renovation of River Valley Plaza will further enhance that reconnection, according to Mahonsky, Bardo, and White.

River Valley Co. has partnered with Glenn O. Hawbaker for engineering and construction, Pine Ridge Construction, and Penn Strategies, an economic consulting firm, for the project.

"We are waiting for the Commonwealth to announce the grant round opening which is expected in the next 45 days," said Jason Fitzgerald, president of Penn Strategies.

“With final approval for the plans from Starbucks, as well as the acquiring of necessary permitting and financing, construction will begin immediately with an anticipated start time of Summer 2023," he said.