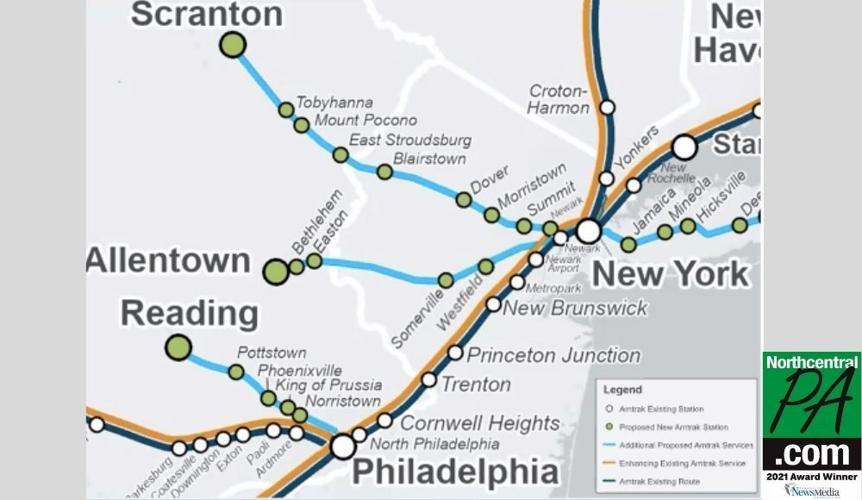 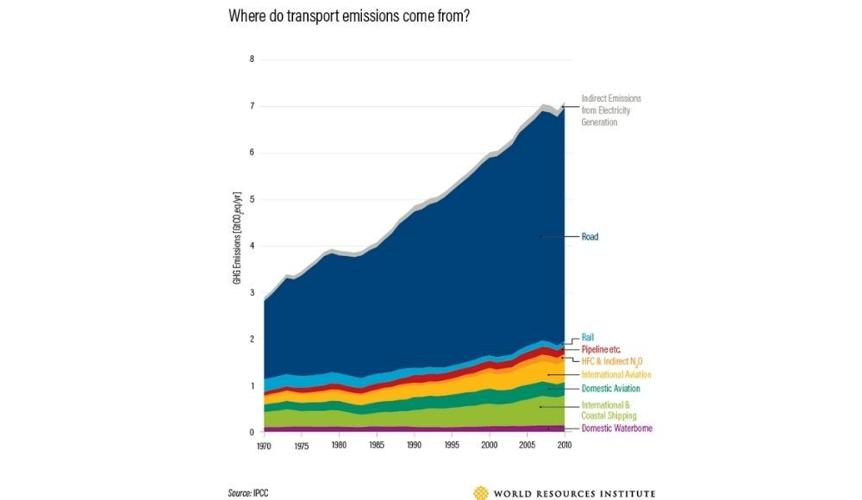 This graph depicts greenhouse gas emissions from global transportation systems for the period of 1970 to 2010. Road vehicle emissions accounted for 80 percent of the increase over that time period.

Pennsylvania passenger rail was once so popular and widely used that it inspired Monopoly boards.

That is no longer the case. Some Pa. cities haven't seen passenger rail since 1971, such as Scranton, said Mayor Paige Cognetti on Friday during an Amtrak press briefing. Amtrak began its development around the same period.

On September 10, Amtrak leadership met with Pa. state and local officials to discuss planned development plans in the state, but many members reflected upon the past of the Commonwealth's rail systems.

Looking forward, new lines will be implemented in Reading, Scranton, and Allentown, with an expected completion in three years.

The mayors of Scranton, Allentown, and Reading reflected on the lost opportunities of passenger rail that they look to reinvigorate in their cities. Mayor Cognetti mentioned the appeal of shopping in urban centers; Mayor Eddie Moran, of Reading, noted access to extended family.

These new rail lines will generate revenue for the state, according to Reps. Jim Gerlach, Matt Cartwright, and Gov. Wolf. Amtrak expects the new extensions, which include multiple stations/stops in the smaller, connector cities, will generate $87 million per year, as Gov. Wolf noted. New stations will also bring new jobs.

The development of this infrastructure will not only create jobs in the railroad industry, but will promote long-term environmental sustainability.

Passenger rail increases transportation speeds, especially around the metropolitan centers, which satisfies consumers, and also reduces its carbon footprint. When compared to automobiles, rail is a much more sustainable transportation system. Road vehicles account for about 72 percent of global transport emissions; and the United States ranks first in transport emissions, according to research from the World Resources Institute.

Though gasoline-powered cars rely on gasoline, rail systems are only partially dependent upon gasoline. The World Resources Institute estimates, as of Oct. 2019, that "railways are powered by a significant share of electricity (39%) compared to 56% by oil products."

Amtrak encourage reduced carbon emissions by nature of their transportation method, but also by making their own sustainable production changes. According to a 2011 study, "Amtrak in the United States employed regenerative braking systems to reduce energy consumption by 8 percent"; this braking system reduces electricity demand, and thus reduces greenhouse gas emissions, as explained by the Climate Technology Centre and Network.

The economic incentive for railroads converges with sustainability efforts, a point shared amongst state officials on Friday. For instance, the financial costs of highway congestion can tally up: The Texas Transportation Institute’s 2019 Urban Mobility Report projected, in 2017, that highway congestion costed Americans $166 billion in wasted time (8.8 billion hours) and wasted fuel (3.3 billion gallons).

The Amtrak plan considers the relationship between current climate statistics in the U.S., our economic needs in Pa., and our interests as consumers, or as Gov. Tom Wolf put it, "This plan is built to meet the needs of the 21st century.”